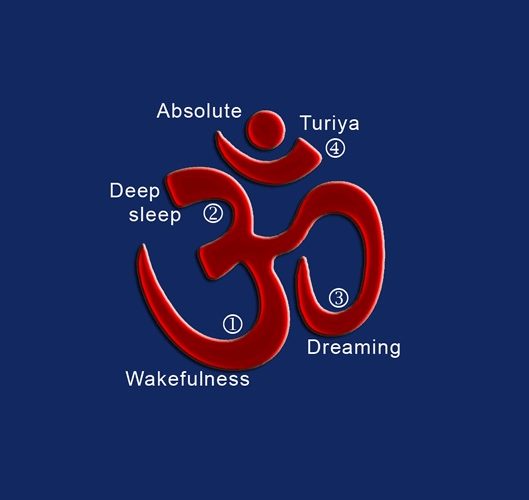 AUM can be understood in the following ways:
1. AUM is the fundamental sound of existence.
It is comprised of three letters: “A (Akaar)” ,   “U (Ukaar)”  and “M (Makaar).   A and U merged into one as ‘O’ when you chant. Try speaking these three letters separately and you will realize that you do not have to roll your tongue to speak these three letters. This means that these three are basic sounds out of which all other sounds are produced.
It is analogous to :-
AUM has one Matra also; This is the silence after finishing ‘M (Makaar)’. According to Advaita vedanta, Silence is ultimate ‘TURIYAM’ state.
So AUM is ‘A+U’,   ‘M’   and  ‘Silence’ (Another way of describing it as trinity)
2. AUM is the condensed version of the entire cosmos and self. See how its written.
The ‘3’ represents 3 gunas  and their corresponding 3 devas that create, preserve and destroy this cosmos.
The half moon represents “Maya” which gets associated with the dot above (Brahman).
So, Brahman, Maya, and Trinity, are represented in this one sound ‘AUM’ and it represents our whole existence. That is why it is significant.
3. There are two types of sounds: Naad (produced by striking of two objects like tabla, words, or any musical instrument etc.) and AanHaad (sound of silence; not produced by striking of two objects). AUM is AanHadd. It is not produced by any object. If we become absolutely silent from our mind, then we can hear it inside us. It is all the time echoing inside us but we are not able to hear it because of chattering mind.