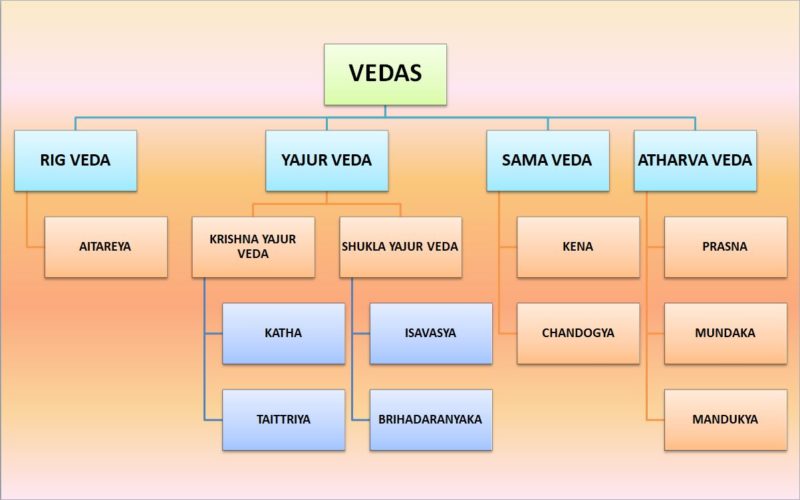 The questions –How old is Hinduism?  Who is the Hinduism founder?- and many alike are the subject of mystery for thinkers, philosophers, archaeologists, scientists and many more. Hinduism origins dating back to thousands of years. The next valid question that comes in mind of many is – Who started Hinduism religion? Though, Hindusim is considered Sanatan and Annadi- having no beginning or end but according to some historians, Vedas and Upanishads were written 5000 years BC. While some others believe it originated around 10000 years BC. There are four Vedas and ten main Upanishads in Hinduism.

When the Europeans first came to India, they were shocked to see something totally incomprehensible to them. They found something new something different than what they were used to see. They were puzzled to see and comprehend the diverse forms of Indian gods and goddesses, Hinduism practices and Hinduism symbols, which have a very deep sense of purpose, meaning and relation with existence of human life. Whatever views they had regarding religion was world apart in India. They got confused. When anyone is confused, he makes mockery of the other person. That’s what Europeans did. Many centuries departed before they could get an idea of the depth of how religion was perceived in India, especially by Hindus.

DEFINITION HINDUISM: WHAT IS HINDUISM ABOUT?

If we need to define Hinduism in a couple of sentences, then how would we proceed? Normally if you ask any modern day Hindu to define Hinduism, you will get different answers from each of them. That is Hinduism is different for every person. This does not mean that it is vague or absurd. In contrast, Hinduism gives lot of flexibility to the worshippers and knowledge seekers to choose and select the path of liberation. A Hindu, depending on tendencies of the present life and past lives, will be driven to a particular god / goddess, a Hinduism symbol, a Hindusim place of worship etc.. But ultimately what’s the central policy if it has? What are the core beliefs of Hinduism?

BASIC BELIEFS OF HINDUISM: THE CONCEPT OF BRAHMAN IN HINDUISM

Let us dwell into the fundamental question- What is Hinduism belief? There’s a Brahman, all pervading Energy, which is everything. It has no beginning or end.  Neither it came from somewhere nor it went away. It is all pervasive and has been there forever and will remain forever.

Thus, Atman in association with Maya gives manifestation as physical body and subtle body. Atman reveals itself through consciousness (Chitta). With consciousness, the body and mind interacts with the external world. This happens in the following three ways:

The way one login to facebook will initiate facebook servers to register all kinds of action related to that login. Similarly everything is getting noted down in cosmic registers and a balance is being created  between positive and negative karmas. When a body dies, that time depending on Atman plus Karma quota of the body, it gets new life. There are 6 categories of a life:

Out of these only Humans have free will and choice. Therefore, Karma can only be generated in Human life. These are the basic thoughts of Hinduism. This is what makes Hinduism as SanatanDharm which means Timeless, which doesn’t need anyone or anything and irrespective of the damage done to it, Hinduism pops up often. Because it’s a thought.

Now with the three gunas, which are satvik rajsi & tamsik, Atma or Soul has a choice what to do next? According to the karma balance, next life is received. Now if the next life is of human being then there is a choice of doing good deeds and improve your karmik balance. Else new life could be in any of the lower 5 forms/ categories of life. In lower form of lives, only the bad Karmas could be exhausted. New Karmas can’t be earned because there’s no choice. Then the soul is not aware of itself. Insect is not aware of itself according to Hinduism. A cow is not aware of itself. Therefore Karmas of those will be akarm, those who may not generate Karma. When the Karma is extremely good, soul will move to another level called Deva. Here good Karma will be exhausted and then soul returns to human form. And thus this cycle repeats like a loop. In between this loop, soul will get an opportunity to come in human form. Whenever one may get to born as humans, plus if the soul karma is good, then this soul will find a guru, who will teach you scriptures which are of two types. One is Shruti and second is Smiriti. The Smiriti is one which is passed on further by memory. For example, Puran, Ramayana and Mahabharata, Some of the vital Hinduism books.  While the Shruti is one which are received with hearing/ listening via divine revealations.For example, Vedas and Upnishads. That guru will teach all this. With the help of such guru, a soul will be able to understand that all this is a cycle. One has to break the cycle and come out of the loop and that should be the destiny. Then soul attempts with full energy to cut short the cycle of life and death in order to connect soul with ParamAatman which is the destiny of every human being. This is the state of self realization or moksha or liberation or enlightenment. To get enlightened while one has been given the human body is considered the ultimate dharma in Hinduism.

But not everybody will realize it. So what will happen to those atmans or souls? They continue to be in the endless cycle of life and death.

Why is it happening this way? Because this is Samsara which is Maya. And maya is temporary material reality which confuses the mind.  That’s why guru is required. A guru will keep the human deeds on the path of realization.

On one side this maya is going on while on the other side universe is itself getting created, then nurtured and finally destroyed. It’s a very huge thought. What scientists found out in 20th century, Hinduism has it known in 10000 years BC. That the Brahmaand or solar system will be created, expanded and eventually be collapsed. Even this will repeat as a cycle. The Samsara in this Brahmand or Universe will consists of Satyug, TretaYug, DwaparYug and Kalyug. This will continue in loop and inside them soul’s journey will also go on in loop.

So now if we see it. On top level there is a Param Atman (all pervading “BRAHMAN”) energy, Atman is an individual entity of same Param atman. Atman in the presence of Samsara (Maya) leads to universe formation, expansion and destruction.

Second method is to keep water filled pot and check sunlight in it. If a second person puts another water pot and tries to see sunlight inside, then he will also be able to see sun’s image. This will be same for every person keeping such water filled pot and checking sun’s image inside. Sun is one but it will show it’s image in every pot irrespective of the number of pots kept. Brahman is ONE and one can create any number of images for that one inside them. Again this is difficult to keep this thought inside alive.

Then there’s a third and easier way too available to understand Brahman. Sun is visible, we can watch it. Assume sun to be a God. Any number of Gods can be created with a specific role assignment. Hinduism gives this freedom to create as many gods as you want or reject it all together if you don’t want to see something as god. This kind of freedom is not available in any other religion. Because Hinduism knows that the God or Goddess that you are creating is just One SUN but not it’s light. The light is Brahman which is not visible. It’s all pervasive. That’s why there are multiple Gods and Goddesses in Hinduism with distinct object or role. On top level there are six, there are many on next levels and further on each place or even home depending on what you want to believe in as a god. The top six includes Creator, Preserver and Destroyer along with their female counterparts as:

1. Brahma (The Creator) with Saraswati
2. Vishnu (The Preserver) with Laxmi
3. Shiv (The Destroyer) with Shakti

For example, a cow is giving nourishment to everyone through her milk and she is treated like a goddess in Hinduism. A river giving water is giving life and is treated like a goddess. Similarly anything which somehow gives something to Humanity is considered as a God/ Goddess in Hinduism. By this mechanism, ultimately Hinduism fixes a big problem. Because sunlight is not visible (first method), one can not easily see or manifest source of energy inside them (second method) and therefore one has to give a form to source of energy as a God/ Goddess (third method) to understand that ultimate Brahman. These are the three different ways to understand REALITY in Hinduism. This is the core approach of Hinduism.

This concludes the superficial understanding of the central message given by Hinduism.

The definition for the Brahman in Hindusim would be as follows- 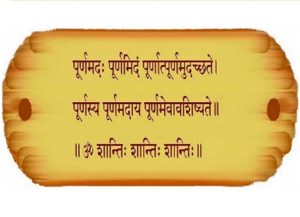 The Infinite Has Always Existed,
And From That Infinite An Infinite Can be Taken Out,
And Even Then It Will Remain An Infinite Only,
There Will Be No Change,
And That Infinity Is The BRAHMAN

This is the first step towards understanding Hinduism AND what is the Hindu belief.